The EU often focuses its attention on education, training and apprenticeship for young people. How do you think this can influence your course of studies and your career choices in the future? How do you expect the EU to intervene?

The European Union   is an important organisation which includes 27 European countries and which is characterized by the political union and by the common bargain of goods and services.

The European Union often focuses its attention on education for young people because we know that the cultural formation of people is essential  to have a dynamic and active economy. Education is very important for the introduction into the working sphere and the active participation in the civil society.

On 15th November 2006 the European Parliament and the European Council established the “Youth in Action Programme” for the period from 2007 to 2013.

This programme is for young  people aged 15 to 28 years old. It aims to inspire a sense of active citizenship and solidarity among young Europeans and it also gives important opportunities to work and study in foreign European countries. This programme has a total budget of 855 million euros and provides a large variety of activities and plans.

The five most important programmes of this project are: Erasmus, Comenius, Language, Grundtvig and Minerva.

All these programmes that involve European young people are a very important opportunity to study, to get a master and to work. They are also an important opportunity to come into contact with different cultures. They promote active participation, cultural diversity, social inclusion and cooperation with other countries. These programmes can influence the choices and careers that we will choose in the future.

I think that the European Union is already giving great opportunities to young people, so I expect that it continues in this direction as far as education  and young people are concerned.

The EU is an international organization , but overall it is a big project in which everyone is supposed to take part.

Nowadays the EU is focused on the youth, because young people are an important resource for the future  of the world.

It has been hard to “teach” a European consciousness to young people. We have been given notions and information, but it is our responsibility  to show some interest in the reality we are living in: this reality is the EU.

Anyway, this organization has developed various social plans to involve young people in its activity and to help them in their social integration. These plans are focused on education, as it is important to lay the basis for the formation of a boy or a girl. Then, once educated, that boy/girl has to have  experiences and this is the aim of the European programmes such as Erasmus or Socrates (to study abroad) or European voluntary service, which is an interesting alternative. These trips are a god and amusing way to know the world and also to enter the working world from a different point of view.

My plan is to go to live and work abroad, in the UK, so I think  I will take advantage of the initiatives given by the EU.

Another aim of the EU is to fight the differences between social classes and to support and encourage social mobility. In fact they distribute various scholarships to less wealthy people, which is a good initiative, because it is fair to give the same opportunities to everyone.

Taking part in the exchanges  is a splendid cultural experience. The  EU works in order to create an intercultural dialogue among the member countries. My personal opinion is that the EU should intervene in school programmes to develop a greater sensitivity for the cultural and European problems in children.

Feeling part of the European Union should become natural to everyone.

We could call it a form of “globalization”, because it is important to feel part of one’s nation, but we have to learn how to enlarge our horizons and to be Europeans, beside Italians.

Teenagers and children are the basis of the future of the European Union, so, for this reason, a wide attention  has been diverted towards them. The objective is to make them know Europe and to increase a new sense of belonging. In 2008 the European commission decided to intervene to some points, for example to encourage the education of all teenagers to eliminate inequality, to increase their competencies  for the working world (education is important with an apprenticeship, which allows  them to work insertion), to fight against poverty and social problems and to offer more opportunities of exchange.

The sense of belonging is characterized by cultural knowledge. For this purpose there are lots of initiatives for teenagers that want to work, to participate in exchanges or in actions of voluntary service in other member countries. The exchanges for work or study are really important and the opportunities to have experiences abroad have increased.

Nowadays there are thousands of projects for teenagers. One of the most important projects is the “Erasmus Programme”, which is for students and teachers who want to attend one of the thousand Universities of the 31 European countries for a certain period, and every year the project gives them two hundred million euros for scholarships. In 2004 there were more than 150,000 students and teachers.

My school, the High School “Umberto I”, has become part of another project, called the “Comenius Project”, and 10,000 schools can participate every year. I think it will be useful for my course of studies because there is the opportunity to go abroad, practice my English with mothertongue people and know different places. This year only one person in my class will be able to go to Latvia for a week.

All the projects encourage young people’s education and the opportunities to go to work abroad to develop a better society where everyone can live and operate with others.

One of the main problems is to understand what teenagers really want from the European Union. What role do they have in society? How can the EU improve the school systems? What instruments should it use to increase working opportunities? To give some answers to these questions the EU has directly asked teenagers what their opinion is about education and work, social integration and the activity of voluntary service. The purpose is to establish new policies in their favour, and new rules to guarantee their rights and their freedom to choose.

Personally I think most of the people would like to have a more democratic Europe close to citizens, with a European Parliament  and a Constitution. The EU should introduce a referendum because it is necessary to let citizens express their ideas and it is important to give them the final judgment: the building of a European consciousness is a project everyone should contribute to every day. 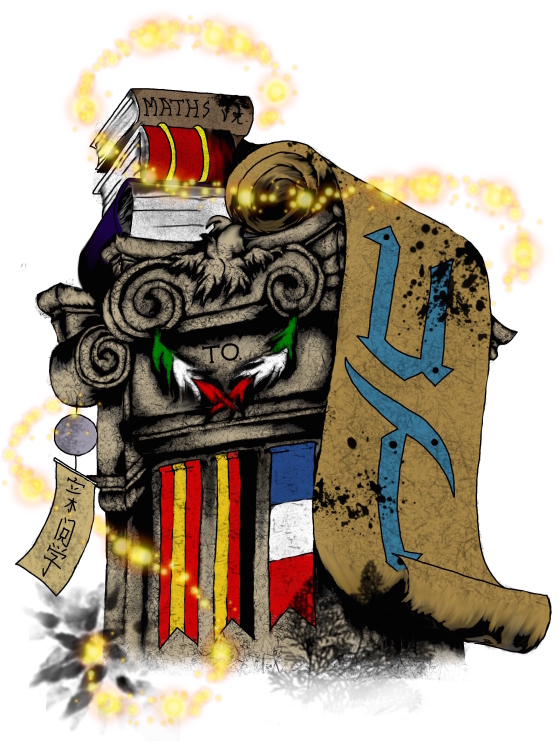